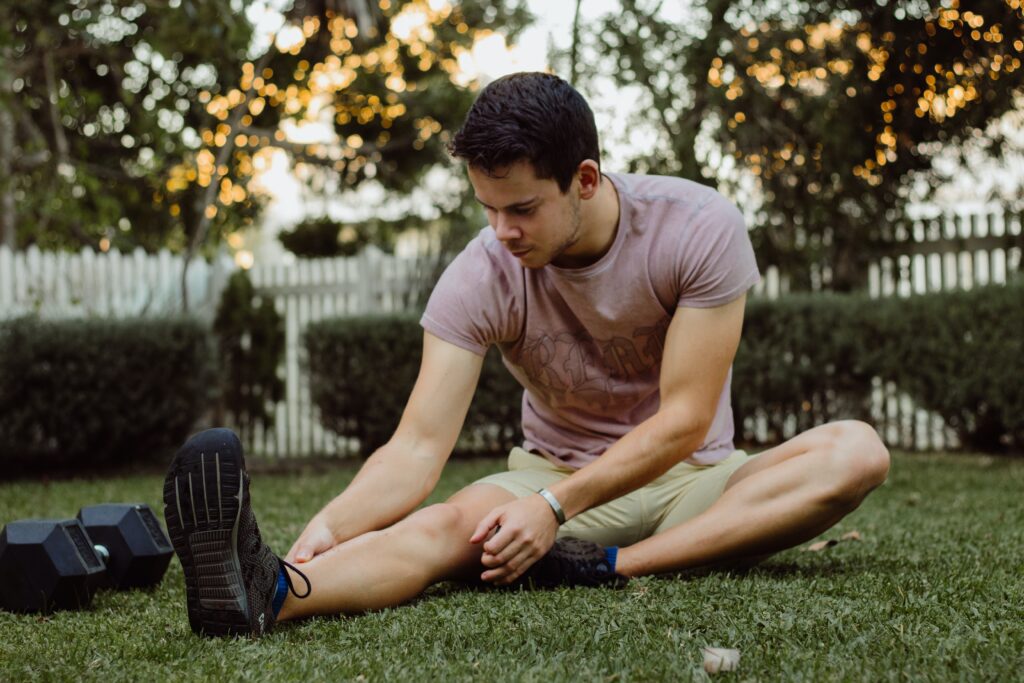 The most frequent sports-related injury is an ankle sprain. Proper training for ankle stability is advisable to avoid injuries. The ankle and the muscles around it are heavily taxed during each of the sport-specific actions of an athlete.

It would be better to strengthen the lower leg and ankle. The region can then withstand more force before being injured. This kind of physical training after sprains promotes quick healing.

Athletes may increase their speed and agility with the aid of ankle activation exercises. Such exercises will increase their performance in a variety of sports including running, basketball, football, and more.

Read on for more information about the benefits of training for ankle stability, and the steps you can take to do such.

The Importance of the Ankle

The ankle performs a multitude of responsibilities in the human body. The ankle is the point of contact during forward motions like walking, sprinting, or jumping. It is also the basis for all stationary motions, including squatting, deadlifting, and other weightlifting exercises. The capacity of the ankle to create stability and transmit kinetic energy to the rest of the body is important. The ankle forms the basis of the majority of human movement. This would eventually have a significant influence on the overall health standards of the individual.

There might be many biomechanical issues with the ankle. Such issues will significantly lower performance in specific sports or activities. A player with a damaged ankle will have drastically reduced running or scoring abilities. They might be forced to leave an important game. As such, taking a preventative approach to ankle problems can be a great idea for any athlete.

Ankles are not just subjected to injuries. Minor biomechanical dysfunctions can also influence an athlete’s performance. Such issues can wreak havoc on balance, power, or agility. A lack of foot or ankle stability may slow down the pace at which a defender can change directions. The other player might be attempting to stop a player who is trying to score. The opposing player will be able to score as the attempt of the player to shift direction was delayed.

Agility and coordination are severely impacted by biomechanical inadequacies. Such issues would eventually cost the athlete immensely.

Benefits of Training the Ankles

Inversion is a term for ankle injuries that refers to situations in which the foot’s sole turns inward. Such issues are commonly referred to as sprains. This might occur if the athlete misjudges the foot placement while jogging and ends up rolling their ankle. This form of injury may be prevented by having strong muscles around your ankles to help stabilize them and keep them from rolling during awkward placements.

Sprains are caused by ligaments beginning to twist. The muscles on the outside of the ankle can shoot back and stop the twisting. Everyone should train these muscles to assist against these harms.

Achilles tendonitis and posterior tibial tendinitis are some of the typical ailments brought on by the foot turning inward. The tendons in the area are subjected to unnecessary strain if the foot rolls.

Repartition of such rolling results in micro-tearing, commonly known as tendinitis. The posterior tibial tendon connects the calf muscles to the bones on the inside of the foot. The Achilles tendon and tibial tendon can be harmed by such tendinitis.

A weak or improper ankle can put a strain on other joints including the knee, hip, and lower back. The body is always forced to do many asymmetrical activities like running. It is likely that many people with ankle issues will experience problems elsewhere because of it. This is easy to identify if something is atypical elsewhere, though, by taking note of what is used during the motion that might also receive strain.

It is very common for many people including top-tier athletes to have inadequacies in terms of ankle strength. It can be argued that having stronger ankle muscles would increase running speed, agility, and mobility. Runners who train their ankles can run longer while preventing injuries.

Squats are a fundamental movement mechanism that all people employ regularly. Squats come in handy even when merely getting up from the couch. This action is more important if the person is active. Many problems might result from poor ankle mobility. The main one would be affecting the squatting pattern, making them less effective.

The athlete might need to be able to exert enough ground reaction force to move sideways swiftly. This is accomplished by maintaining a firm foundation between the foot and the ground. This might be very challenging if ankle mobility is poor.

Walking on Heels and Toes

It could help to make tiny steps while maintaining the toes in an elevated position. This would lead to bearing the body weight on the heels. Such exercises are very customizable. Several variations include performing this walk with varying toe positions. The exercise could be done while pointing the toes down, outside, and inside. The body weight will be supported by the toes as it is lifted by the heels. The same exercise may be performed with the toes pointing forward and the heels pointing to the sides.

Skipping is a very familiar workout for the majority of the population. Skipping mimics running and offers the same benefits. This exercise can be made complex by flexing the arms and raising the knees high.

Bands can be used to strengthen the ankles. It is possible to perform several activities with an exercise band. Using the bands to keep the legs outstretched is one possibility. The ankle can be wrapped in an elastic band and can be grasped on the opposite side with one hand. Then raising the toes up and down in this position will rotate the foot. It will be better to learn more exercises to perform with a resistance band to strengthen the ankle, and each can be particularly chosen based on the type of exercise you perform.

The team at Kinetic Sports Performance and Football University can help you with training your ankles. We can work on ankle stability and agility training in individual training sessions or a training package. Contact us today by calling us at 641-891-5304, emailing us at info@kineticsportsscienceksp.com, or filling out our online form and get started today